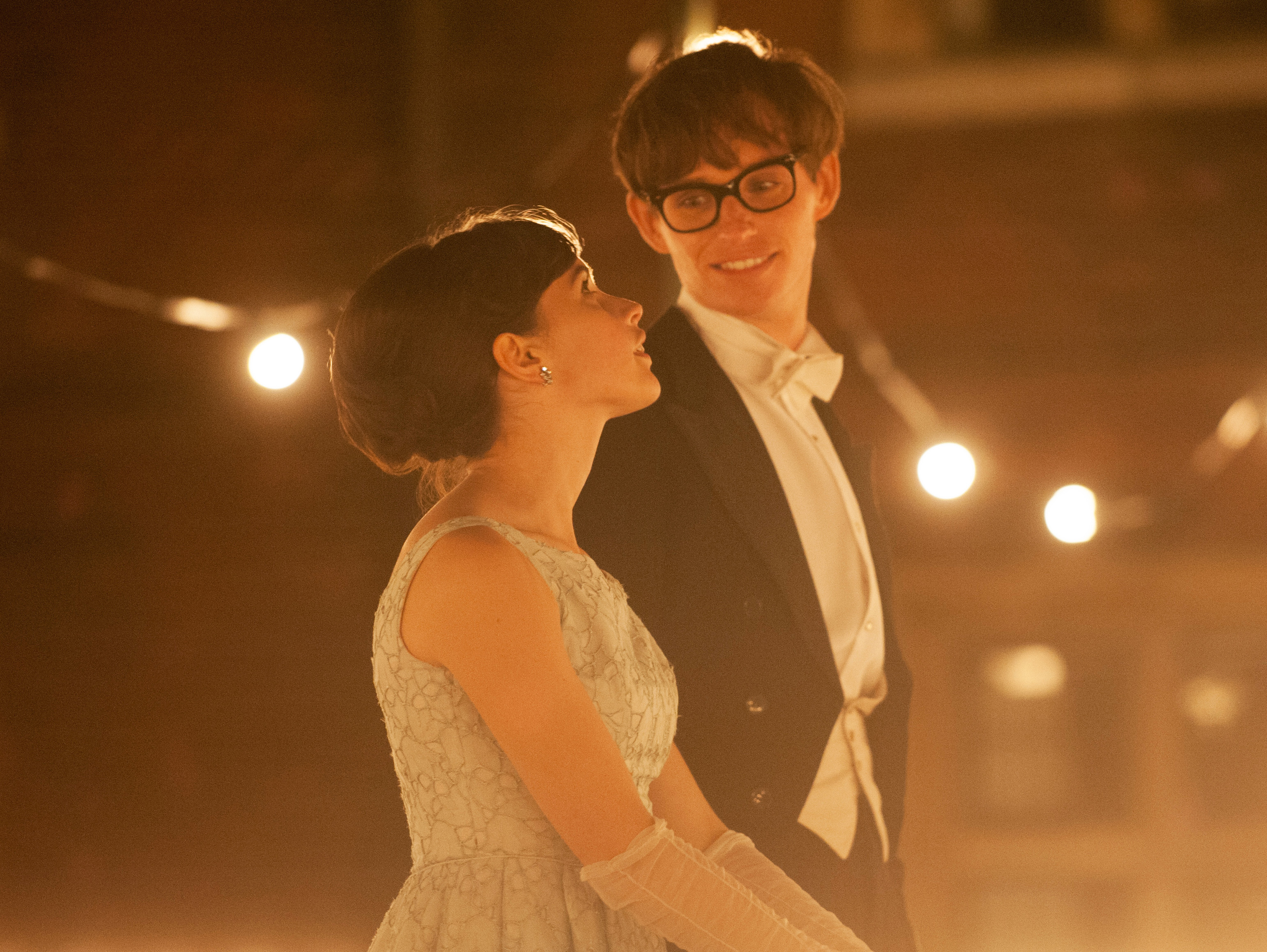 A genius, a brilliant man and most important, a fighter… Stephen Hawking is probably one of the most brilliant minds who ever lived and witnessing in 2 hours his fight against his terrible disease and the importance of his ex-wife Jane Hawking  in his life before and after terrible diagnosis that reveled Stephen he had only few years left to live. Based on the amazing true story written by Jane herself, The Theory of Everything is an amazing and profoundly moving tale about a miracle and a powerful feeling that allowed the young couple to fight against all the difficulties. The Theory of Everything is a powerful celebration and a beautiful story that deserves to be seen.

The movie follows the story of the most brilliant and celebrated physicist of our time and the woman who loved him more than anyone and who stood next to him during the most difficult times. Stephen Hawking met Jane Wilde in a college party and from that moment on, his life saw a different, happier path. As a brilliant and promising student, Stephen began studying cosmology in Cambridge with the support of his fellow mates and the professors who were impressed with his amazing skills. The shy and prodigious Stephen started this way a curious and lovely journey alongside the love of his life, Jane. When everything seemed to go well, he was diagnosed with a fatal illness at 21 years of age and he was informed that he had just probably two years left to live. But thanks to the powerful bonds he and Jane created with each other, what could have been a lonely and sad journey became a struggle towards survival… A complete miracle, according to Jane… And together these two young lovers will share an adventure filled with science and love in what could be one of the most inspirational stories I’ve seen this year. 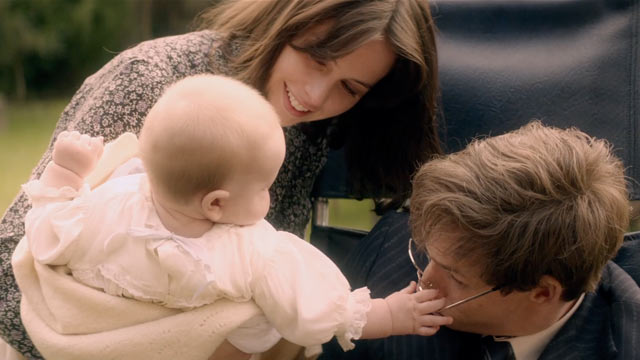 Jane Hawking revealed in a press conference that some of the darker aspects revealed in the book are not mentioned and  that the first time she saw the movie she felt amazed and at the same time emotionally devastated with the similarities. The characters according to her reflected the most important aspects of Stephen, Jane and Jonathan’s true personalities. The way they behaved and the way they acted was therefore represented tremendously well by a cast of actors that is able to impress every viewer. Felicity Jones, an actress that I wasn’t a big fan of, mostly because of her annoying role in Like Crazy, was so sweet, kind and strong in the movie that I couldn’t stop caring about her. The way she dealt with Stephen’s difficulties and the way she helped him recovering part of his life are amazing to see. Jane was a strong, young and good-looking lady when she fell in love with Stephen and perhaps that was why they were able to maintain a relationship for so long with so many difficulties in their way to happiness. Stephen’s brilliancy was represented in an amazing way by Eddie Redmayne, who did such a pleasant job that it’s impossible to not feel moved or inspired by his struggle. Even with a terrible diagnosis, Stephen never gave up on his studies and on his family… A brilliant mind and a caring man who supported and loved Jane since the moment they met. Supported by her, both physically and emotionally, Stephen is shown as a fragile man in The Theory of Everything who did his best with his condition. When one gathers the kindness of Jane with the brilliancy of Stephen, nothing can stop this young couple from moving the viewers. A captivating and touching chemistry that is able to reflect the powerful love they felt for each other and that allowed them to fight against all the odds. Perhaps earing Jane Hawking speaking a bit about the differences between the book and the movie made me feel even more attached to the story. I know that there are darker moments missing from the whole picture but I think The Theory of Everything is more like a celebration, rather than focusing on every single detail from Stephen and Jane’s life. The movie acknowledges the difficulties and enhances the brilliancy of Stephen while captures Jane’s kindness in the moments she was tired of dealing with the difficulties. The Theory of Everything celebrates Stephen’s academic and personal achievements while recognizes the influence of Jane in the whole process, as a caring mother and wife. As a guy who thought this was going to be just a romantic biopic, I was terribly wrong… The Theory of Everything is inspirational, moving and leaves us with a great message about the importance of love, strength, dedication and collaboration and about how easy it is to lose everything we build with tremendous effort. Dazzling and touching, The Theory of Everything is for those who enjoy a good love story and for those who work in the field of science… An inspirational movie that surprised me for the kind way this troubled but amazing journey was told. 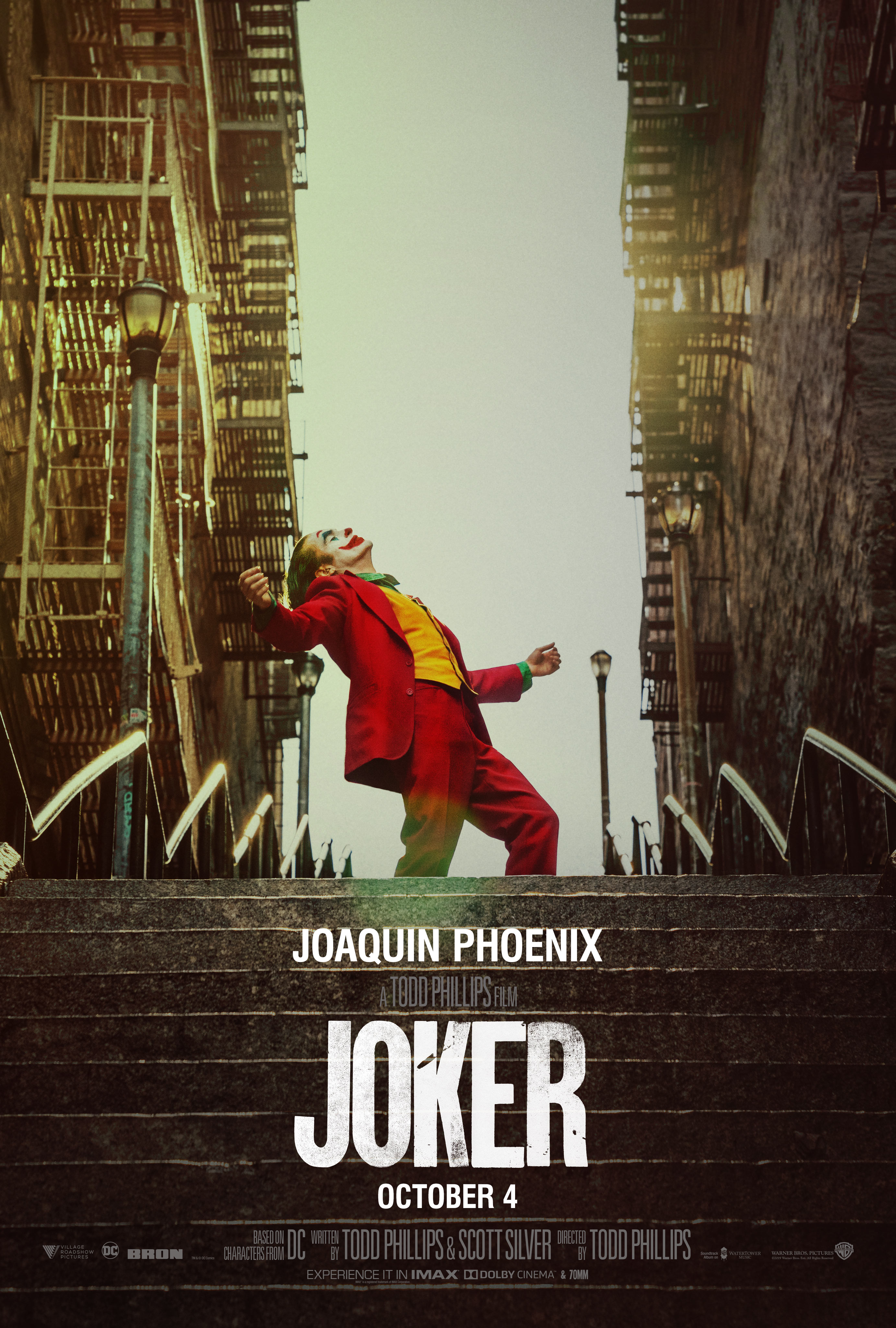