Cecile, everybody does it; it’s just that nobody talks about it.

After watching a series of commercials for the 1999 movie Cruel Intentions in a cable TV network, I decided to give it a chance and although I wouldn’t recommend it as a great movie I must say it surprised me a lot. Cruel Intentions is so sexy and intense that it’s almost impossible to not feel attracted by all that tension floating around. The characters work well and even though I didn’t enjoy a lot a plot the chemistry between Ryan Phillippe and Sarah Michelle Gellar was a great reason to keep me entertained during 90 minutes. The fact is that Cruel Intentions will probably not fit in your favorites’ list but it will sure be remembered as an intense ride through a world of sex, drugs and lies while we witness two teenagers doing whatever they want just because it pleases them.

Slaking a thirst for dangerous games, Kathryn challenges her stepbrother, Sebastian, to deflower their headmaster’s daughter before the summer ends. If he succeeds, the prize is the chance to bed Kathryn. But if he loses, Kathryn will claim his most prized possession. [at Letterboxd]

If you ask me what’s the best thing about this movie, it’s probably the fact that 15 years after its release it’s still able to cause some impact or at least to provoke its viewers. Even though the acting is not that good, the tension means a lot when one judges this title. A thriller about love, betrayal, sex and power whose WOW factor is due to a somewhat pleasing relationship that happens to be quite difficult to interpret. Kathryn and Sebastian are basically the guys you love to hate and I found it quite hard to not cheer for them while watching the movie, which I know it may sound a bit silly. The way they play with everyone’s feelings is just amazing to see, even though there’s not much happening in the story. Sebastian tries to hook up with the headmaster’s daughter, interpreted by Reese Witherspoon, and who is basically the angel of this story. While trying to seduce her Sebastian ends up falling in love with her (highly unexpected!!!!) which causes an interesting reaction in his stepsister. Basically as a thriller filled with sexual tension, Cruel Intentions is able to please its viewers. But when one adds that romantic layer to it, it’s impossible to not notice the less inspiring acting or the mediocre plot that never surprises or amazes. 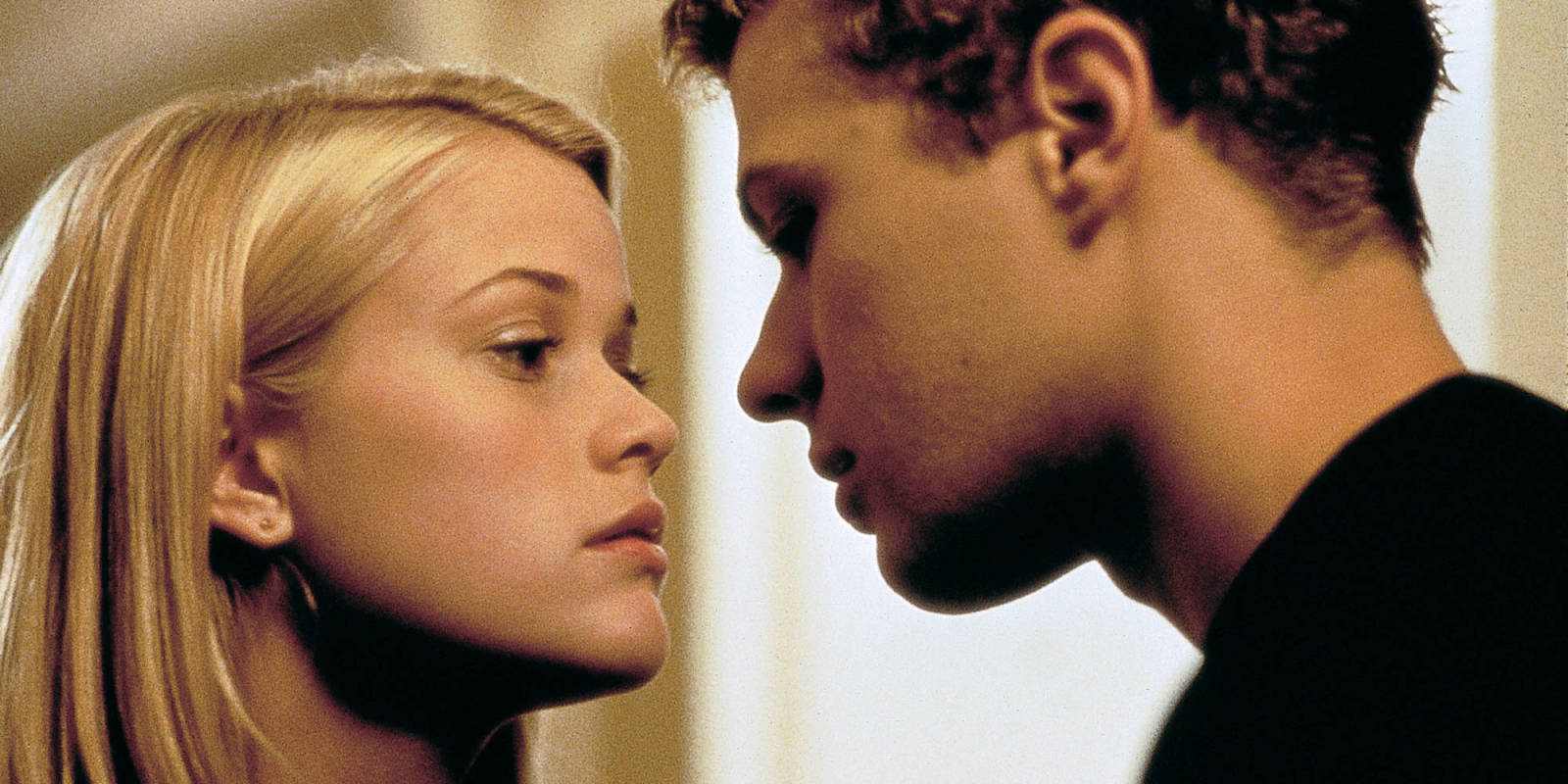 With all this, what I wanted to say is that there’s something missing in Cruel Intentions but at the same time it’s quite interesting to see the way these characters relate with each other. As a movie clearly directed towards a younger audience, Cruel Intentions is not the usual safe bet we see around the theaters these days for teenagers to see. It has some sense of humor and it’s one of those movies where you can’t help it but to root for the evil guys. However the reason why I actually ended up enjoying this movie was the fact that even though it had its predictable romantic moments, it managed to end the way I wanted and in a not cheesy way, maintaining the thriller look. Yes it’s predictable, the characters are under developed and there are several unusual moments that simply don’t work for me. However it has style, sexiness and its sexual tension allows it to become somehow different and special. In Cruel Intentions nothing besides love and seduction matters… A game where any sign of weakness from the opponent is enough to declare victory. And while these guys played this game I felt entertained. Ultimately, Cruel Intentions is a both entertaining and intense ride where you can meet a young and innocent Reese Witherspoon on the hands of two quite peculiar stepbrothers.