While the first season was something amazing and captivating, the second one was somehow a bit disappointing… Without the McConaissance effect in the air apparently the show doesn’t work that well. While the plot of the first season was covered in an infinite layer of mystery and darkness, the choices for this seasons’ plot were two risky and unfortunately didn’t pay off. The corruption scenario in California covered by the force abused and that involved some of the most important men of the city was not an easy topic to introduce even though these state of calamity was represented in a somewhat realistic way. A corruption scenario that involved everything from drugs, sex, weapons and even properties added to the complex background of four intriguing characters was too much for only eight episodes and the fact is that we only saw things moving in the second half of the show. Told in a not so regular pace which sometimes seemed to be too slow and then BAM things happen out of nowhere, this second season of True Detective was filled with ups and downs that both critics and fans didn’t enjoy at all. While the story had some considerable flaws and the pace was not consistent, this season was saved by great performances by the four lead actors… Vince Vaughn, far from his comfort zone was probably the guy who surprised me the most by playing a man with a troubled past who was going through a tough phase in his marriage and about to lose everything he took for granted thanks to Caspere’s multiple betrayals. Then we have Rachel McAdams and Colin Firth, two detectives who have a lot in common when it comes to a dark background and a troubled life in the present days. While Firth is constantly threatened by a failed marriage that almost separates him from his son, McAdams’ character has to deal with her sister’s issues and with her father who happens to be the leader of a mysterious community. Taylor Kitsch was at first the guy I enjoyed the least in the first four episodes but he ended up doing a good job.

In the first four episodes I felt that there was something missing from the whole picture… Caspere’s murder is covered in mystery but yet again it’s not enough to sustain the entire season. I was actually hoping for a great second act but unfortunately that was not the case. The last four episodes were more intriguing and absorbing but there weren’t any WOW moments or any groundbreaking events. The issue is that it was really hard to focus on the story with so many things going on and so many characters to get familiar with… I mean they introduced a character in a random moment that was involved into Caspere’s deals and then all of a sudden they expect me to remember that exact same character a couple of episodes later. Four leading characters and a corruption plot? It was just too much and in the end the risk didn’t pay off. While the first season left me intrigued and excited episode after episode, this time I was not that into the show. I wanted to know how things were going to end but I never cared that much about the characters.

The last three episodes of this season however changed things a bit and even though the entire internet is complaining about the finale, I must say I don’t entirely agree with what fans and critics are saying. When this season was announced, my hopes were so high that I was actually thinking that True Detective was going to nail it twice. So part of the problem with this season in my opinion comes with these high expectations that were quite far from being fulfilled. When we compare both stories and the episodes of each season, it’s perfectly clear that this second round fails in several levels but again it was entertaining and I actually find the story quite interesting. The way the police, the government and criminal entities were involved in a masterplan to rule a piece of land gave a whole different depth to the show. While season 1 was more focused in obscure details and in it’s amazing characters’ background, this time Nic decided to give was a more intense drama that wasn’t that pleasant as everyone wanted it to be. Perhaps in a second round, this season might be a great piece of entertainment or perhaps it will just remain the eight hours of no big deals that were filled with yawns and “are we there yet’s”. 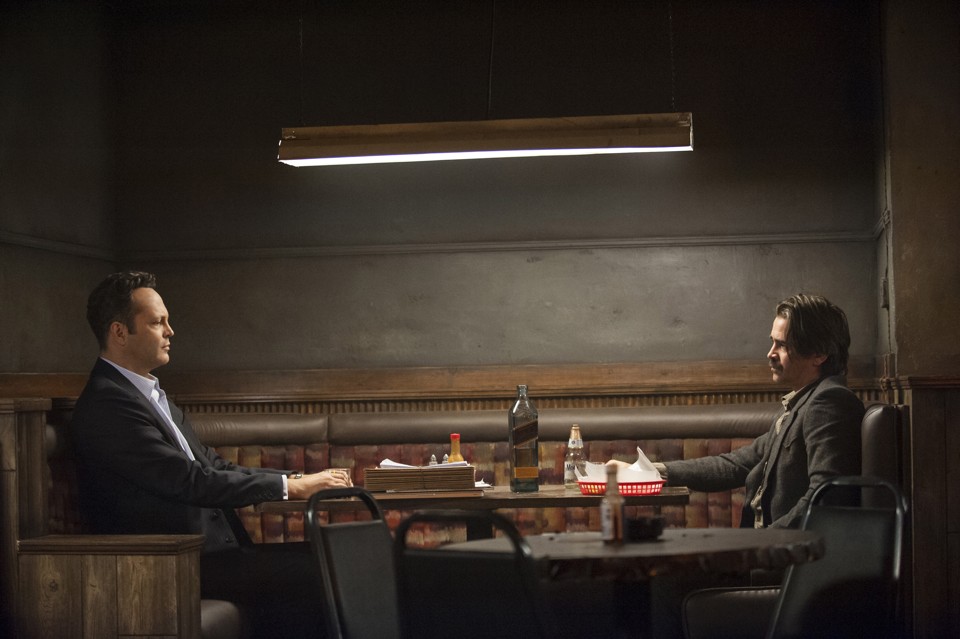 Perhaps we’re just too harsh with True Detective and perhaps we asked for too much… The point here is that deep down it wasn’t that bad as some are saying around the internet but it failed at the same time. In this season we witnessed a reality that it’s seriously scary since it represents corruption on a level I’ve never seen till today. In this season, the bad guys win but yet again no one is good enough to be mentioned as a good guy. Everyone had something to hide and power controlled everything… Until the finale, the series only changes its pace when Bezzerides decides to risk her life into one of the mayor’s sex parties. From that moment on, we finally see some action going on but it was just too late to change my thoughts on the show. When everything is connected and we see why things happened, there’s no emotion and no gratitude… The great performances weren’t enough to save the show and the conclusion ended up being somehow surprising (in a bad way).

When Kitsch gets shot and the police decides to frame Velcoro, things in True Detective follow an unexpected path… Suddenly Bezzerides and Velcoro are “in love” with each other, which doesn’t make sense at all and in the middle of all this we see Frank preparing himself for one last heist before walking away from the set. If we don’t see True Detective’s last 30 minutes, the ending works and the conclusion is the best we can ask for… I mean, the bad guys win but at least we see Ray alive and not making a stupid decision that took away his life. I know that he wanted to see his son one last time but it was a million dollar plan and he knew the consequences of his actions… From the moment he decides to visit his kid, things go in a weird and rush direction… Suddenly Frank is dead, but only after saying the most intense last words I’ve ever head “I didn’t even wear a suit until I was thirty-eight.” and Velcoro gets shot multiple times in the woods while we see that his last message to his son was not sent. It’s all sad… Even for Bezzerides who ended up in Venezuela alongside with Frank’s wife. In the end, the only moment the show called for my emotions was ruined thanks to one man’s stupid decision…

Wooohoo the bad guys won… We get the world we deserve and this show lead us to nowhere… No lessons learned and nothing good to remember. I expected it to be amazing just like season one was but unfortunately I never felt fully satisfied with none of the episodes… The second season of True Detective has some amazing moments but then again there’s this constant feeling that something is missing there. The story ended up being concluded in a poor way and the acting wasn’t as amazing as in the first season. Without comparisons with the previous season, True Detective was just mediocre, wasting the whole potential of its story thanks to the unattractive way it was told… There were some good episodes and some really bad ones in which nothing happens at all. Even though the show remains dark and mysterious, the high risk of changing its style ended up not paying off. Most of the episodes are focused in many dialogues filled with references and subjects that are really hard to keep up and for eight episodes the pace was not adequate. There’s probably some symbolism in the songs we hear from that woman in the bar and I still don’t understand why Leonard Cohen’s opening song is constantly changing from episode to episode… Yep, there are a lot of things I did not understand in this show but you know what? Nevermind…