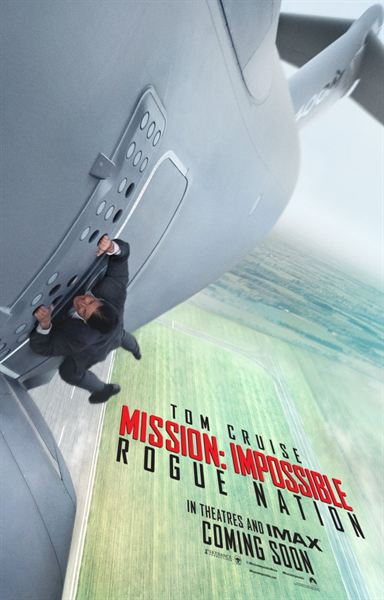 Almost 20 years ago, Brian De Palma directed the first installment of Mission: Impossible and that was the first time we ever saw Tom Cruise preforming as Agent Ethan Hunt and, from that moment on, moviegoers were officially introduced to IMF, Impossible Mission Force. This action-packed thriller was later transformed into a successful franchise that changed forever the way we saw secret agent movies. In this franchise, viewers witness thrilling action sequences in dangerous missions that at first sight look somewhat impossible. Even though the second and third installment were kind of letdowns, the series finally evolved into something exciting and very appealing when Ghost Protocol was released. In this fifth installment, even though Brad Bird is out, some of the characters are back and the action-packed style is still there which resulted in solid entertainment for everyone! 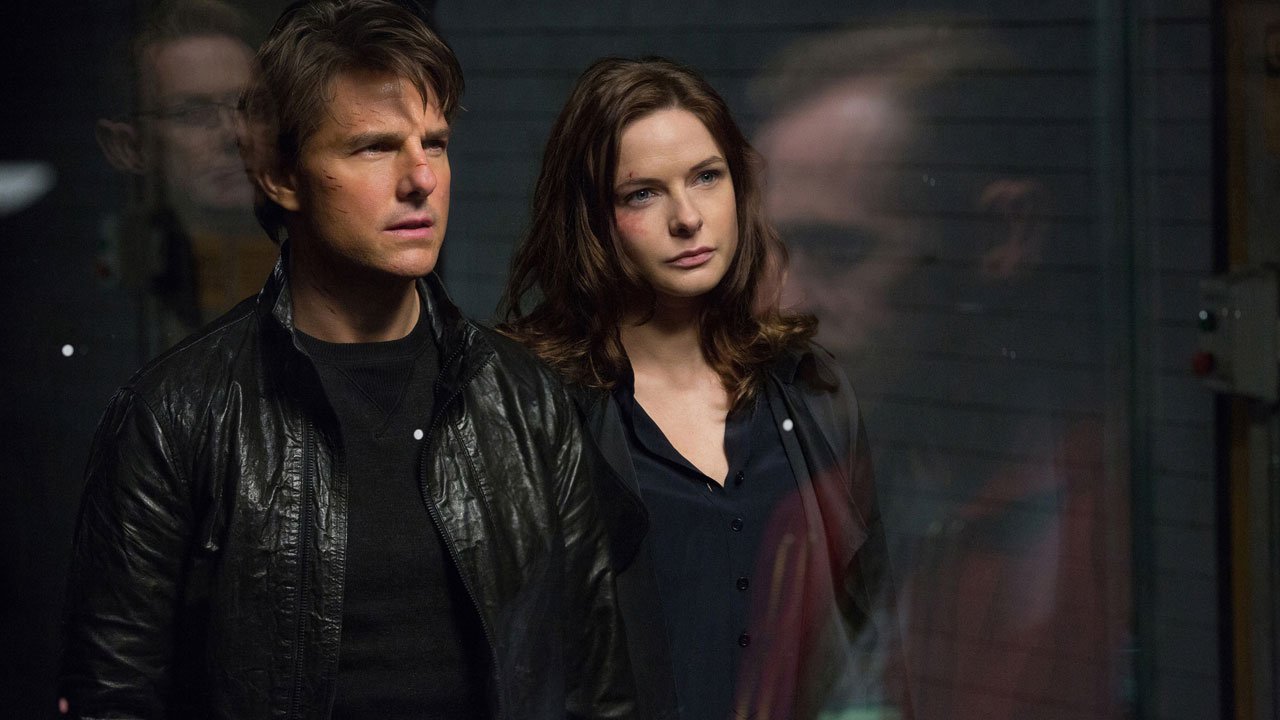 The deep-cover espionage agency known as the IMF has been under fire, but now it faces total disbandment, even as the most harrowing threat yet known to the free world lies in the shadows. That threat is The Syndicate, an impenetrable, exquisitely-trained group of renegade spies who have left behind their countries for an agenda all their own – an agendaintent on destabilizing the very foundations of civilization.  The Syndicate has long been rumored to be just a wild-eyed myth among spies.  But Ethan Hunt has just uncovered the unwelcome reality that this rogue nation is not only real but a ticking time bomb about to detonate worldwide if he doesn’t act.  The CIA doesn’t buy it.  His own team is under threat.  Yet, Ethan will never turn his back on the highest stakes. [Synopsis by: Paramount Pictures]

In this fifth installment, the stakes are higher than ever for Hunt and his buddies and thanks to that there’s enough excitement going on. The premise is solid and from looks of the trailers the movie appeared to be awesome but, unfortunately, the thrilling pace doesn’t last that long and compared with Ghost Protocol this wasn’t the best possible entry. Rogue Nation is really cool and it provides a great time to its viewers with great action sequences and some funny moments in the middle. Tom Cruise has proven once again that he is the true Action-Man moviegoers want to see and as for the rest of the cast, their performances were also pleasant. As a great fan of Simon Pegg, his addition to the M:I cast was definitely a great call and his character, Benji, remains as one of my favorites. As for the action sequences, the trailers anticipated a plane sequence that appeared to be one of the coolest stunts we’ve ever seen on the franchise but unfortunately it was kind of disappointing and most of it was already revealed in the trailers and clips. Thanks to the amazing Opera House sequence that minor drawback was forgiven and from the usual high-speed chases to the thrilling and intense tasks Ethan has to preform, there’s enough action to keep the viewer entertained.

As Ethan’s worst enemy, the Syndicate plays in this movie a relevant role and gives it enough content to become a satisfying espionage movie. In Rogue Nation, no one is safe and there’re no certainties regarding whose side the characters are, since the Syndicate is formed by former agents and is highly infiltrated in some secret services. Ultimately, just like the other movies of the franchise, Rogue Nation has more potential in the action field, thus becoming an enthusiastic blockbuster. With an amazing soundtrack, Rogue Nation is an action-packed blockbuster that will bring excitement to moviegoers whether they’re fans of the franchise or not.