Amy Winehouse is definitely one the most talented singers the world as seen in the last decades. A strong and fierce presence that conquered us with a unique voice that was simply astonishing to hear. Now, although I always saw her as this huge superstar, the bad reputation she ended up receiving in the final months of her life remains actual in my mind. The alcohol and drug abuse, things we often relate to super stars eccentric lives, were simply impossible to ignore. She was in a gigantic downfall but at the same time she managed to impress everyone with some amazing tunes. Her presence on stage, at least in her last concerts was not the best but the emotion and the purity of the lyrics was still there. The way she sang seemed so natural and at the same time so unique that it’s impossible to ignore. Unfortunately it was too soon for this star to die… And when one sees a documentary like Amy that honors the great person she tried to be while it gives a different and closer perspective on her life, it’s amazing to meet her kind and sometimes crazy personality that is in the heart of instant classics such as Rehab and Valerie.

In this documentary we’re invited to know the story of Amy Winehouse told in her own words and by her closest friends and family words… Stories about her childhood years, about his road onto success and her thoughts on all this, told through a series of unseen footage and unheard tracks that allow the viewer to meet a more intimate and personal side of Amy’s life. Amy is a story about what success can do to ourselves, even if we happen to be strong individuals. Through this story we get to know how modest Amy was and how she was driven into a fatal track towards an early finale.

The mix between the unseen footage and unheard tracks complements a story that is told through words of sadness, happiness and pride. Basically we follow the life of an inspirational singer that saw in music a way of expressing herself. And what makes the whole experience unique is the way Amy’s story touches the audience… Here we see more than just the drunk Amy performing on stage. We see a woman, tired of being a super star that changed her personality completely to adapt to this new situation and that was basically lost, in an endless labyrinth without being able to find who she truly was. Amy is presented in a way that allows us to take our own conclusions, in a way that allows us to understand what made her become the person she appeared to be… A strong story that left me speechless… Speechless because the world lost a star, who was lost and who couldn’t control herself, even with her friends and family supporting her and even with a strong and determined personality. 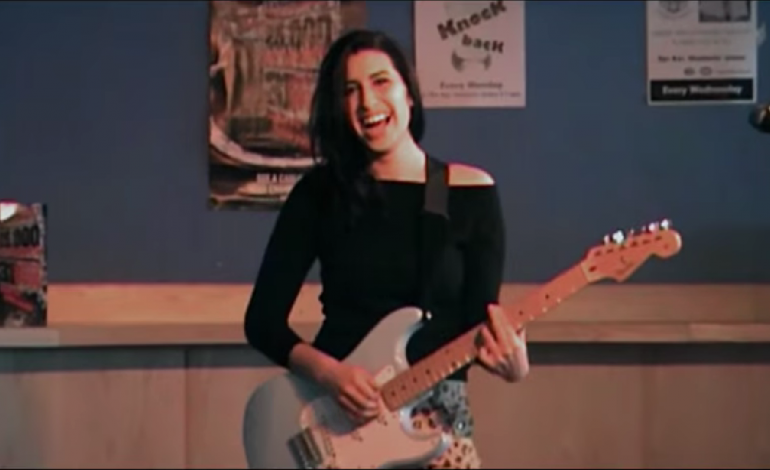 In Amy we witness lyrics gaining life and we are invited to meet the story of a woman, who happened to be powerful but who wasn’t able to endure all that suffering… A touching and at the same time devastating story that again shows the best of her personality by mentioning the good and the bad things in a personal look that allows us to meet the woman behind Rehab… The woman that made jazz more accessible to everyone and that conquered everyone with a powerful smile and an astonishing voice. Amy is told in a way everyone can enjoy and both the songs and lyrics fit perfectly in the documentary by allowing us to understand how she felt regarding what was going on with her life. For fans and for those who don’t appreciate her style, Amy is an honest and emotional experience you mustn’t miss.