I’ve written several times here at Panda’s Choice my thoughts on nowadays horror movies so I’ll skip that part today… Although it made sense compare the state of the art with Jennifer Kent’s debut movie, I will leave that maybe to a next opportunity. Basically what I mean with all this is that nowadays horror movies are filled with scary jump scenes and nothing more. There’s no plot, there’s no fear, there’s no essence, there’s simply that atmosphere that provokes the viewer’s feelings. Some movies manage to be quite successful with this formula but there are more directors investing in a new kind of horror. Cabin in the Woods was a revelation and The Conjuring also managed to please me a lot but none of these were able to make feel the way I felt the first time I saw the dark creature called Mister Babadook. But why is The Babadook so scary?

The first time I heard about this movie there were people claiming that this was amazing and that it was scary as hell. The fact is that most of the horror movies actually fail in being scary since most of the times directors go for a jump scare approach rather than investing in a solid and dark story. The Babadook is the story of a woman tormented by her husband death that has to face her son’s nightmare: a mysterious creature called Babadook. Always interested in magic, Samuel was an enthusiast of monster’s stories… So one day, while he starts picking a book for that night’s reading, he notices a different book with a red cover called The Mister Babadook. What would seem just another children’s book soon becomes a complete nightmare for this family. Ba-ba-ba… dook. Dook! DOOK!

The Babadook is an intense ride… From the moment mom and son start reading that book you notice a change in the movie’s atmosphere that will only disappear when the credits role. Even if you don’t feel that attached to the characters at first, the naturally tone and the curious pace of this horror movie will get your attention and you’ll feel frightened by this monster’s dark energy. The fact is that The Babadook is not the usual monster/possession movie and it’s really interesting to see the way this movie affects its viewers. Sam and his mother will be trapped inside Babadook’s curse but what scared me the most was the way these two dealt with that, in an intense struggle against a powerful and mysterious entity. 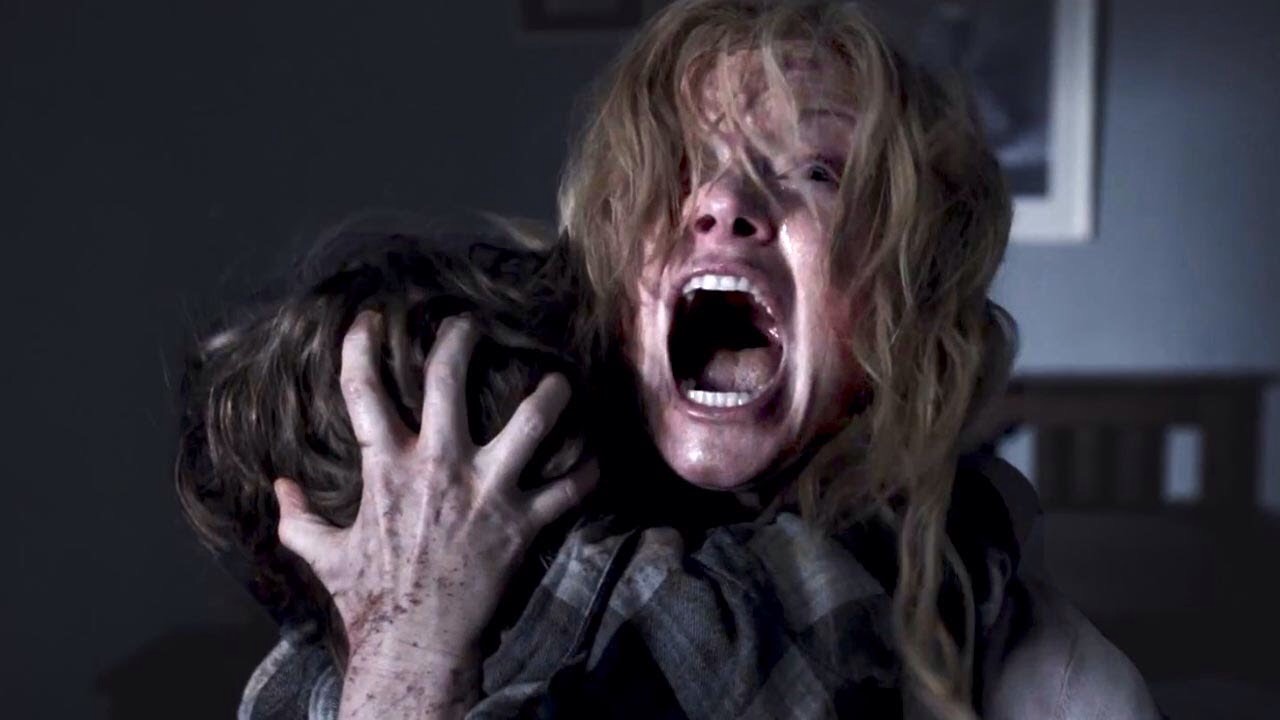 A dark tone and an intense soundtrack are two of The Babadook’s strongest points but its natural look is what sticks on your mind. Mister Babadook himself is a really scary creature and every time he shows up something twisted or scary happens. Instead of jumping from my seat, I spent the entire movie captivated and intrigued by this mysterious story. Yes, it’s hard to see but the movie never loses its strength. An intense ride provided by a mysterious plot and by great performances that will probably scare you more than the Babadook himself, because in the end, The Babadook is a struggle against our inner evil.

Whether you like the genre or not, The Babadook’s impressive potential will not leave you indifferent. While it’s everything a true horror fan could ever ask for, The Babadook is also a quite intriguing story, whose intensity will get your attention during the entire movie. Strong, dark, without the usual predictableness of the genre and with a peculiar style that attracted me a lot, The Babadook might become the horror story of the modern days. A violent, pleasant and surprising movie that leaves no room for disappoint and that justifies all the hype regarding Jennifer Kent’s debut as a director. Rather than focusing in the usual aspects of its genre, The Babadook sees its potential in its characters and in their relationships… A tragic nightmare that will provoke you and leave you asking for more. Ultimately, this is what one could describe as true horror and that allows me to say that The Babadook has everything to become one of the best horror movies of this decade.