In this technological age, it’s interesting to see how much has changed in the military field… This massive jump towards evolution allowed us to become closer to a better world and Good Kill introduces us to a different perspective on war. A perspective that is based on the way technology affected war tactics. We follow several Air Force pilots in a mission whose objective is to neutralize any threat to the safety of the United States. However, instead of flying in regular planes, this pilots are on command of several remote controlled planes that allow them to fight in this war without having to deal with the dangers on the field. Always with a constant feeling of not doing enough to protect their country, this soldiers will have to deal with terrible situations that made me ask several times how fair this war on terror is…

A Las Vegas-based fighter pilot turned drone pilot fights the Taliban by remote control for 12 hours a day, then goes home to the suburbs and feuds with his wife and kids for the other 12. But the pilot is starting to question the mission. Is he creating more terrorists than he’s killing? Is he fighting a war without end. [Synopsis by Toronto International Film Festival]

It’s actually devastating to think about this… An endless war with no winners that has cost already so many lives. No one can give up but at the same time it’s necessary to reflect on the ethics behind some of those missions. The first missions in Good Kill are quite normal when compared to what’s coming in the movie’s second act… The relationship between Thomas Egan (Ethan Hawke) and his wife has seen better days, which does not contribute to this majors recent personal issues. On the field, these pilots can’t see that much of what’s happening several feet below, at least compared with what they are able to see thanks to these drones. As a weapon, these drones are quite effective but at the same time they allow this pilots to witness a devastating reality in a set dominated by the cruelty of men. Some of the events they watch are in fact quite difficult to endure and while the story develops we are introduced to a woman and her son, who are constantly being threatened by a vicious man. This harsh reality and the fact that they can’t do nothing to fix the situation drives them mad, questioning sometimes who are indeed the bad guys. The tension behind each mission is definitely entertaining and some of the scenes managed to be quite effective. When the CIA decides to use a more “preventive” approach by killing everyone who might be involved in future activities, we see how dark this war has become and how much has changed ever since this war begun. 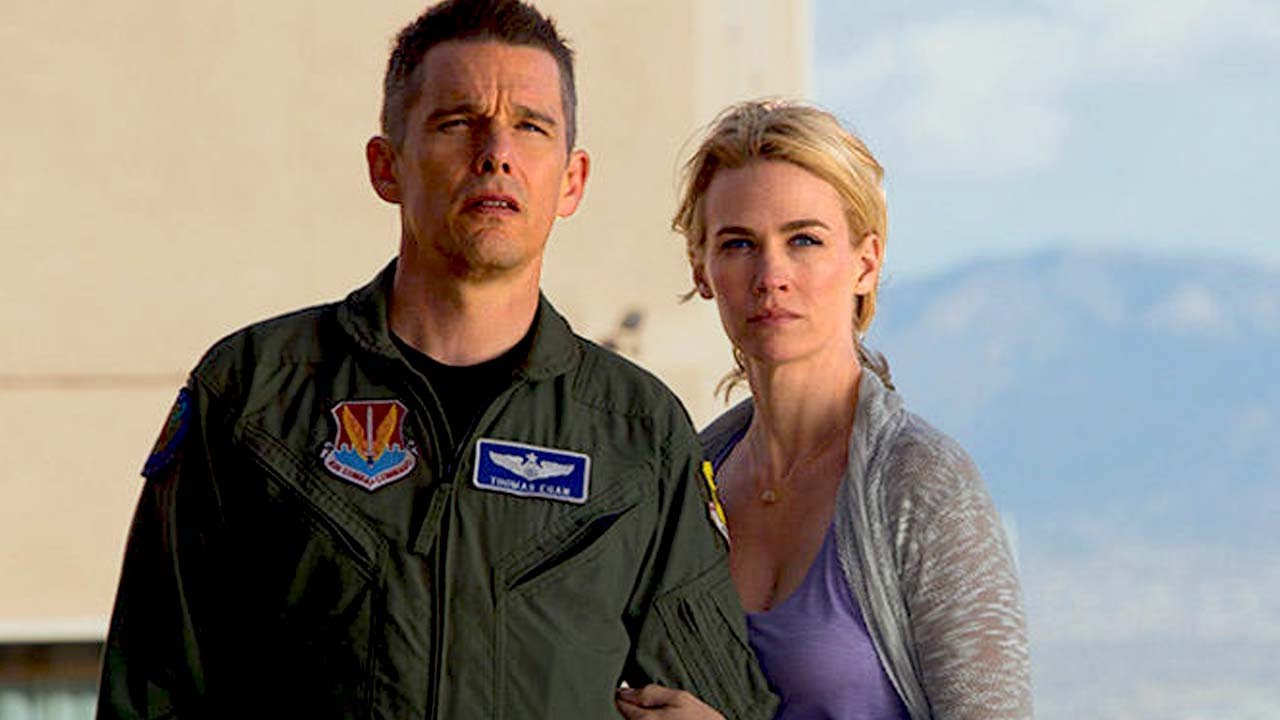 Even though the missions are quite effective and there’s a good and solid layer of drama and tension in the movie, ultimately it lacks substance. The characters don’t contribute that much, they are basically there fulfilling orders and even though there’s a huge layer of emotions floating around those missions, it’s not enough to become memorable. Ethan Hawke’s personal life never managed to grab my attention, while his wife was being kind of selfish, by not understanding some of his needs. I know she was just trying to protect her family and that she was unaware of what was going on in Hawke’s job but I still think that her presence in the story is somewhat unnecessary. Although it’s not a memorable war movie, with the constant questions related with the ethics of those missions and with a good layer of emotions, Good Kill manages to be a both entertaining and intense ride…