Imagine a world where the brightest minds were able to do anything without seeing their dreams crushed by society’s ignorance… A perfect world where nothing is impossible… Well this is the invitation Brad Bird offers you if you decide to see his brand new movie, Tomorrowland: A World Beyond, an amazing concept with a huge ambition that had the potential to become the next big thing in Disney’s repertoire. Tomorrowland is about never giving up on our dreams and ideas and about the importance of doing something to make our world a better place… A relevant message for nowadays younger generation. 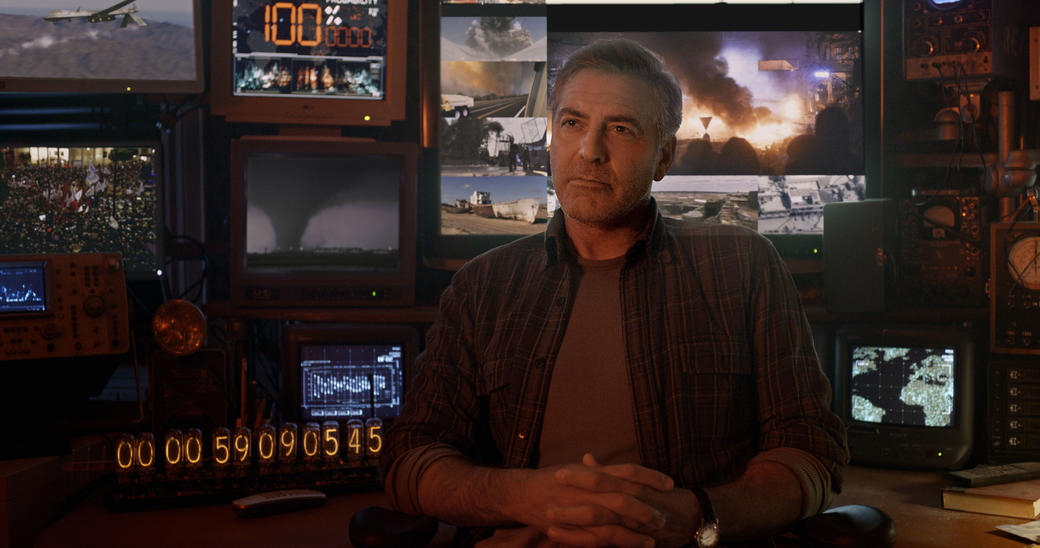 Unfortunately this future is still too far from us and the reality is that we’re stuck in a world controlled by money, greed and politics in which ignorance prevails while we witness our world being crushed day after day. This is the world where we live. So in the middle of this lack of hope, we meet Casey Newton, a bright and ambitious girl, who is constantly trying to change things. Accompanied by Frank Walker, a man who was once an inventor-boy and who had the chance of being part of Tomorrowland in his childhood years, the two will travel into that mystical place that exists somewhere in space and time to save the world from its eminent end.

While it’s quite pleasant to see the young cast interacting with George Clooney and Hugh Laurie in performances that are captivating and that fill the screen with an energy that sticks into the viewer’s mind, Tomorrowland never becomes the amazing movie you’re expecting it to become after an exciting start. The story’s pace slows down and the movie loses its impact when it reaches its finale due to a plot that keeps losing strength and potential. The amazing future Brad Bird introduces us first soon becomes just a dream and even though some of the scenes in the real world are exciting, the movie never seizes its true potential.

With amazing visual effects and a powerful message of hope, Tomorrowland is a quest to save our world where imagination and dreams are the most powerful weapons. The captivating performances of a cast and the whole concept make the movie a bit more special than it actually is, which is a bit unfortunate since I saw something quite different than nowadays blockbusters, with a tremendous ambition but then it’s like all that strength is gone and the movie becomes just an enjoyable adventure where fun is granted for the whole family. Ultimately, Tomorrowland is a bit far from being the amazing journey I thought it would be but I still managed to have fun watching it… A journey into a place where dreams come true and where nothing is impossible.